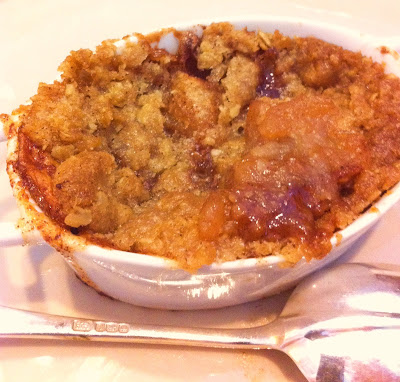 Autumn is Apple season and many of us are fortunate to have Apple orchards not far from where we live.  If you find yourself with a bushel of fresh picked Apples and thought about making the usual apple pie, try this easy and delicious recipe for Apple Crisp and you may never want to bake a plain Apple pie again.  The Apple layer is full of sweet, juicy Apples with  just the right amount of Cinnamon and Nutmeg.  And the crisp topping is a buttery rich layer that tastes like the perfect Oatmeal Cookie.  The aroma from your kitchen when the Apple Crisp bakes, fills your house with the amazing smell of autumn and spices.  Serve this warm with cold Vanilla Ice Cream or top it with fresh Whipped Cream.   Everything tastes delicious when you are Cooking The Amazing.

TIP:  Prepare the caramel recipe from the previous blog and drizzle it over the baked Apple Crisp for an over the top dessert.

Here is the recipe. 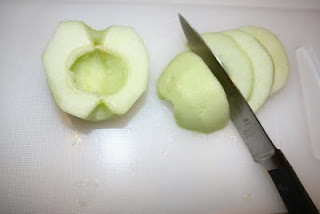 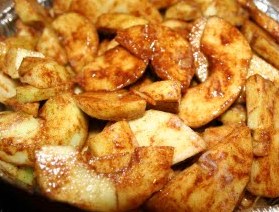 7.  Microwave 1 Tbs of butter for 30-45 secs. until melted then drizzle over the apples in the baking dish.

8.  Allow the apples to rest and develop their own juices while you prepare the crisp topping below.  ***A delicious variation is to add 1 cup of fresh blueberries or 1 cup of dried cranberries to the apples in the resting stage now.

TIP:  The addition of pecans to this recipe only makes it better.  To toast pecans, place pecans, that you roughly chop into big pieces, into a dry skillet over  medium-low heat (number 4 on most stoves).  Toss them frequently until they start to brown and toast.  Watch them closely because they burn easily.  This usually takes 3-5 minutes.  Do not add oil or butter to pan when toasting the pecans.

1.  In a medium bowl, mix flour, oats, sugars, salt, cinnamon,  vanilla extract, chopped toasted pecans (if you are using them) until well blended.

2. Cut softened butter into chunks about 1 inch square or so and dump them on top of the flour and oats mixture.

3. Using your hands, knead and squeeze the butter into the mixture until uniform and well mixed into a large ball of dough.  This takes about 2 mins.

Pinch off small pieces of the dough and layer them on top of the apples in the baking dish until the apples are covered, leaving a few areas of apple exposed to allow steam to vent as the apples cook. 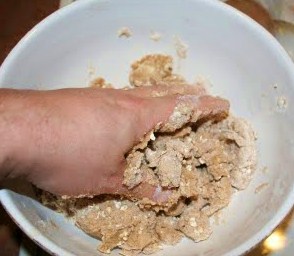 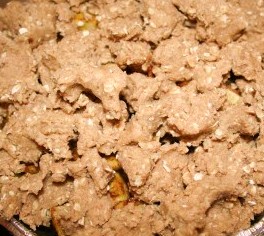 4. Place the cookie sheet with the baking dish in the center of the oven and bake for 45-55 mins at 375 degrees, until the apples are bubbly and the crisp topping is browned.

5. Allow the apple crisp to sit for at least 30 minutes before eating so it can set up. 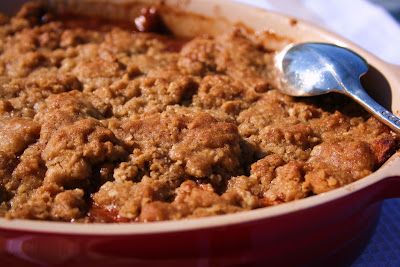 TIP:  The longer the Apple Crisp sits the thicker the apple layer will become.  If you can last that long, allow it to sit for 2-4 hours at room temperature for the best consistency.

TIP:  This recipe makes a tart tasting apple crisp.  If you prefer a sweeter apple crisp, use half golden delicious or cortland apples and half the granny smith apples.

COPYRIGHT (c) 2009
Posted by m. a. rhodes on 10/03/2009
Email ThisBlogThis!Share to TwitterShare to FacebookShare to Pinterest

This is the best apple crisp I have ever tasted! Thank you for the recipe and the pictures helped too!

Thank you for beinng you